Why Should Your Child Train Brazilian Jiu-Jitsu?

Our Youth BJJ classes begin with warm-up drills designed to build stamina, strength, and speed. After the warm-up, students are shown a series of techniques. Although the main focus of the class is on grappling, we also implement safe take-down techniques. After the techniques are practiced, we allow students to drill (spar) each technique in a controlled, supervised environment. Kids of every age enjoy BJJ. It instills confidence, and self-discipline, while also improving balance, coordination, problem solving skills and mental toughness. Furthermore, it provides children with a foundation for more advanced BJJ techniques as they get older and progress in the art. Additional benefits include the following:

What to Expect on the First Day

It is perfectly normal for a child to feel very reserved, nervous and shy on their first day, as is often the case for people of any age trying a new activity. There will be many new movements and positions that are completely foreign to them. For all that, our instructor creates a supportive, fun environment to help kids relax while introducing them to these new, basic techniques.

We encourage the child to join in, with or without a uniform, to get a feel for the class. Some children prefer to watch at first, which they are welcome to do. Before allowing your child to spar with another, we ensure they know the basics and feel comfortable practicing them with a partner.  We incorporate fun, cooperative games into each class, which are always a hit with the kids! Steven FairfieldYouth BJJ Instructor
Steven graduated from the University of Louisville in 2015 with a Bachelor of Arts in Humanities and a minor in Religious Studies. Although graduating with a degree in Humanities, Steven spent most of his college career studying Education, taking classes focused on teaching children of all ages, from Pre-K to High School. Steven has been placed in schools all over Jefferson county and served a diversity of children from many walks of life.

After graduating college, Steven began working in the Education Department of the Louisville Zoo designing and presenting programming to students from all over Kentucky and Indiana through the School at the Zoo program. Steven also led numerous educational programs at the Zoo including day camps and overnight safaris. For Steven, educating people in martial arts, fitness, and generally healthy lifestyles are the culmination of his training up to this point. His training and experience as an educator set Steven apart from other martial arts instructors in the area. When he is not at the gym, Steven works for a local non-profit organization as a direct support professional and employment day trainer for adults with disabilities.

Steven has been studying the martial arts in some form for as long as he can remember. As a child he studied TaeKwonDo and Shaolin Kempo Karate. At twelve years old, Steven discovered Brazilian Jiu-Jitsu. He quickly developed a passion for the art. For Steven, Brazilian Jiu-Jitsu is not simply a system of self-defense or competition martial art, but a way of life. He is an active competitor in local and regional grappling, winning gold medals in his division more often than not. A desire to excel in Brazilian Jiu-Jitsu pervades almost every aspect of Steven’s life, from his diet to his laundry habits to his attitude, Jiu-Jitsu informs them all in some way! 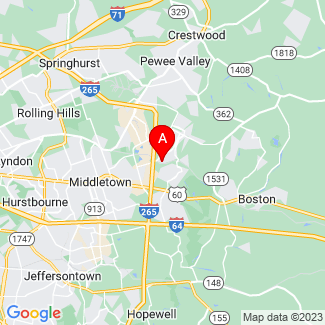